Below is a screen capture of the beard generator application I created in openFrameworks.  Parameters could be adjust to control the appearance of the beard, such as max length, max curliness, gravity, etc.

I drew some guide lines in Illustrator so I would know the general shape of the beard. Imported the lines into OF and made a grid of hairs and watched them wander, curl and grow.

One issue with the pen plotter is the lack of clipping. Which can be seen in the above gif. The lines eventually just form a dark mass of curlies. The plotter receives commands that construct lines and outlines, so I had to write some clipping code so that each hair would look more like a tendril. The output after clipping below.

Now onto the braids. Instead of creating the braids entirely programmatically, I wanted finer control of their appearance. So I created three “braid pieces” in Illustrator. They are in green, pink and yellow. I designed them to be repeatable, nestling in nicely with their neighbors.

Each piece has four points of reference, as shown by the orange circles. They helped me determine the width and height of the braid and the offset of the lines to the center axis. I used the local x distance from the center axis to rotate the line points around a curve using the normal along the curve.

This position rotation is applied to every point in every line of each piece. The results of using many braid pieces along curved paths are depicted below.

Kinected Portraits is a series that explores the relationship between computer generated depth information and human perception. The Microsoft Kinect is used to capture the depth information and the associated color image of the subject. A mesh is created from the depth information with densely packed lines representing darker areas and more loosely packed lines for lighter areas.  The mesh lines are traced over the watercolor by hand to give them a delicate, intimate feel. The ‘mesh hatching’ not only provides a shading method similar to ‘cross hatching,’ but also represents the portrait conveyed by computer data. Read about the process here. 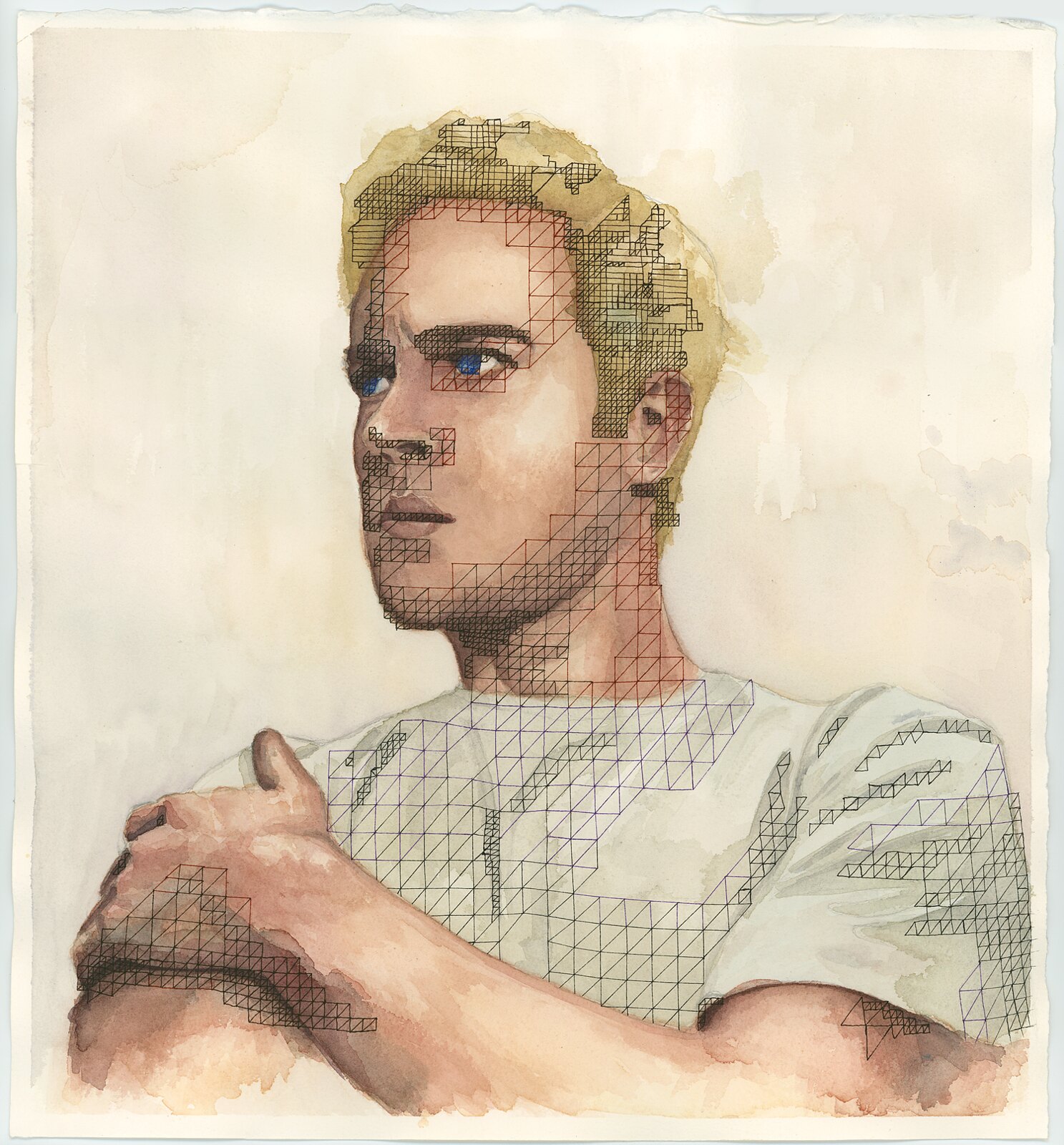 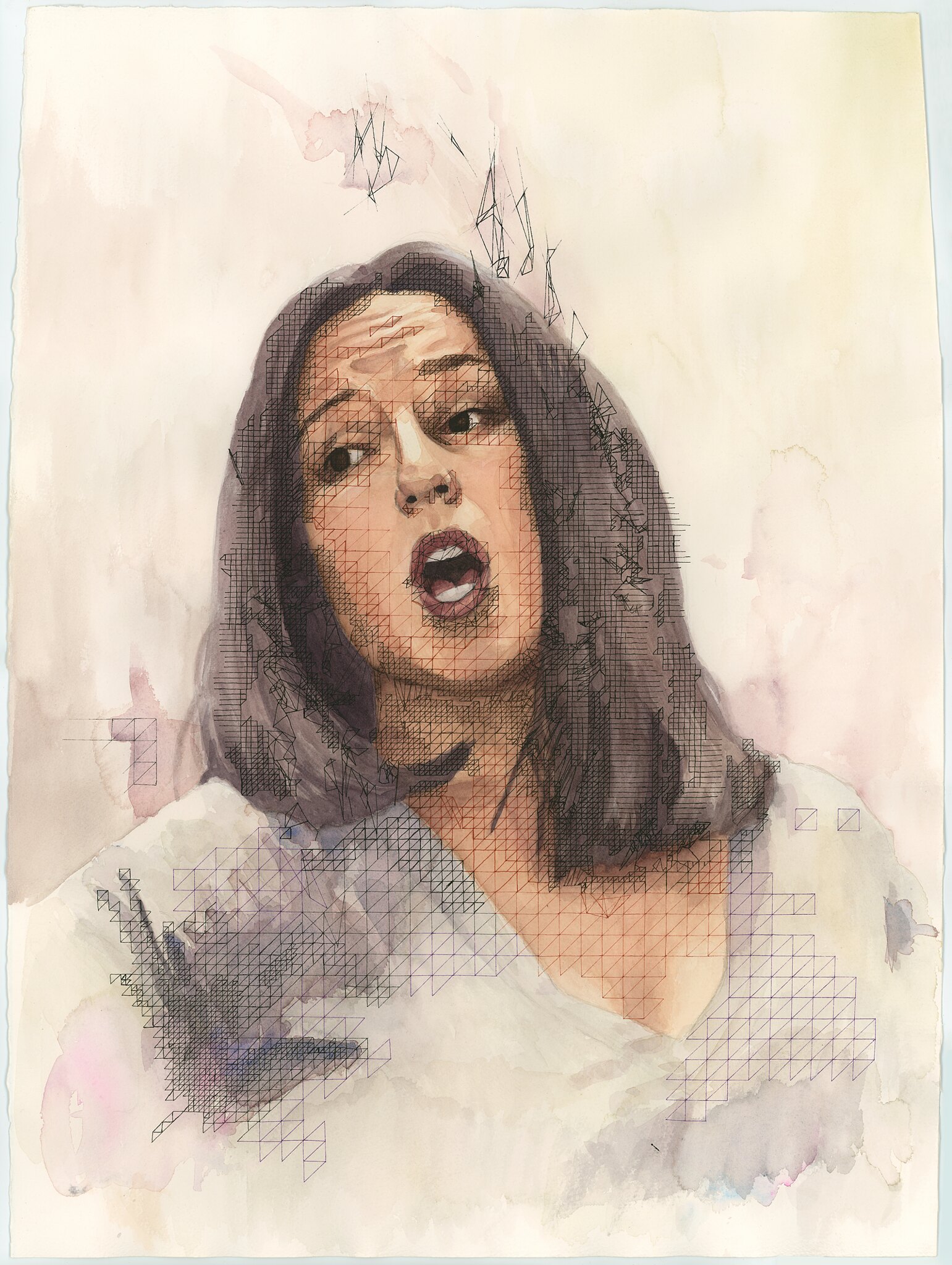 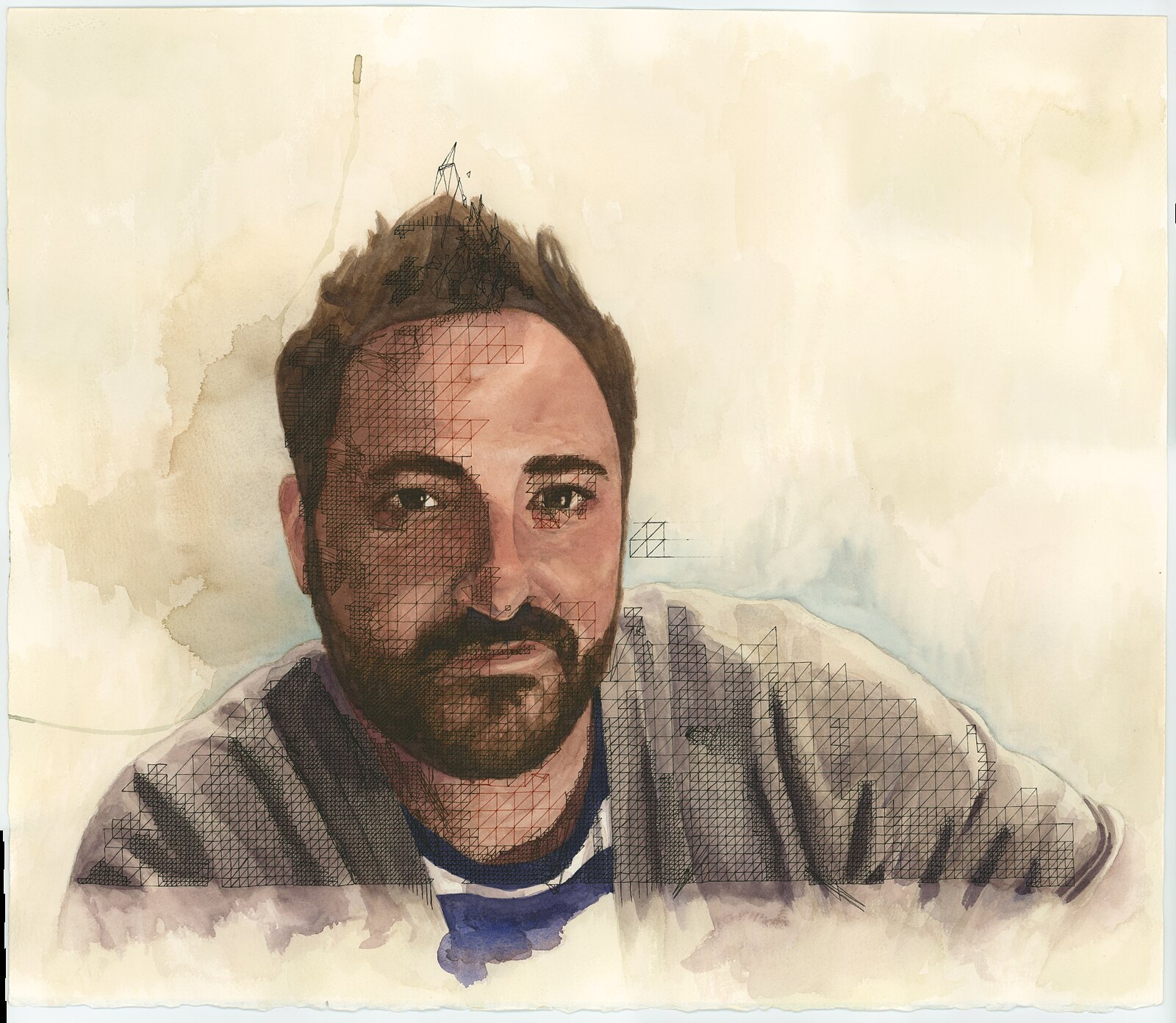 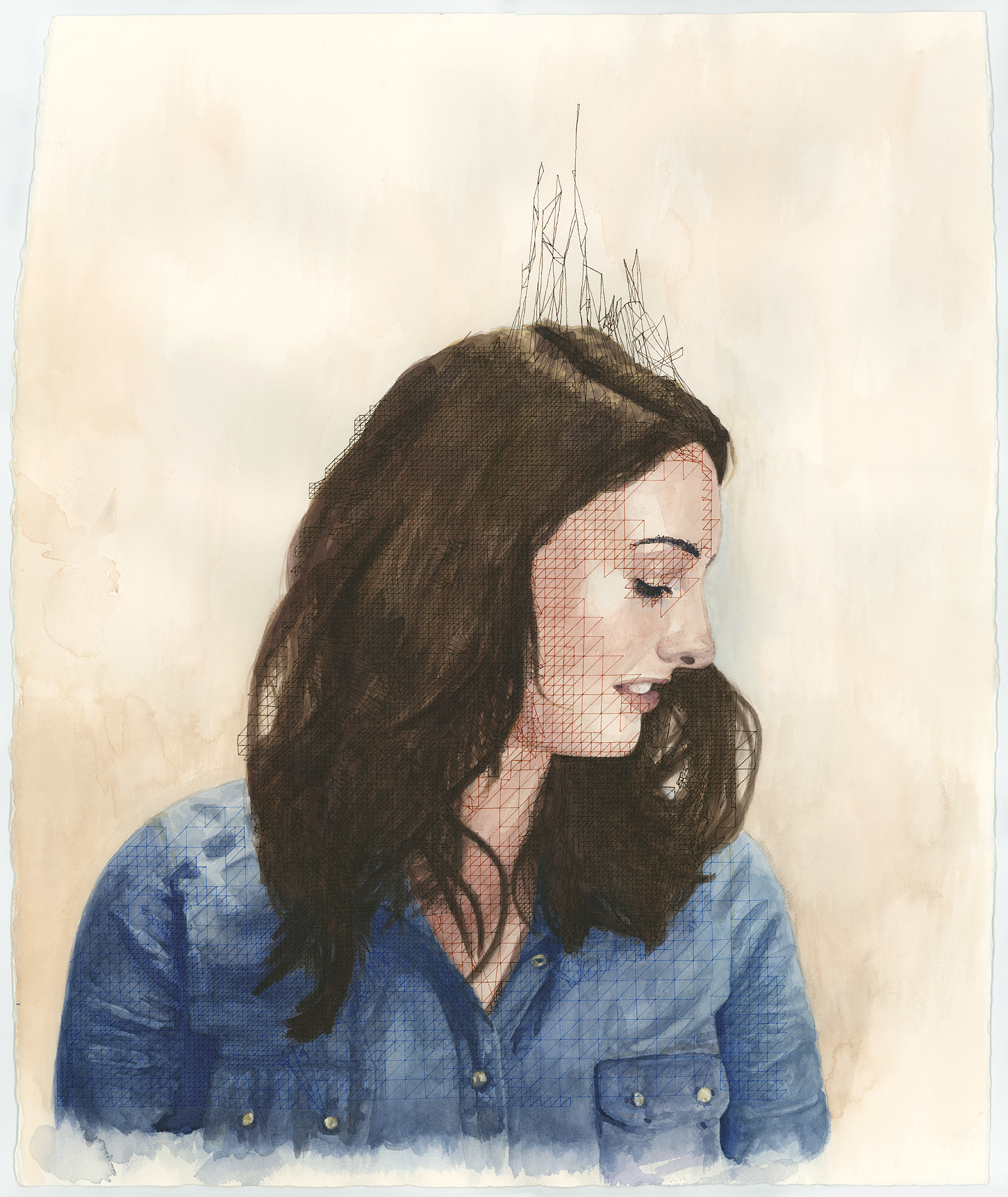